We had another super show!

June 5 -7, MCCPA participated in the Ford Nationals held at the Carlisle fairgrounds. The Ford Nationals is one of the premier Ford events in the country that just happens to be in MCCPA backyard. This year our tent expanded to 20 x 30 feet to meet our expanding membership. The tent was decorated in the theme of 50 SHADES OF GREY Mustangs. Most all our members were decked out in grey shirts on Saturday. MCCPA long time member Kathy Klunk created signs, banners and brought assorted handcuffs to play up the theme. Great job to all members that planned helped and brought food to the event!

It was also a great event for MCCPA members Mustangs! Forty one cars received awards at the Ford Nationals.  Click here to see the list of MCCPA winning Mustangs!

Thursday we started to setup our tent, the vendors arrived along with many fords, some on trailers, some on their own power. I would say from the looks of this Cougar, it did not make the corner…

This year’s Ford Nationals main exhibit was a super collection of GT40s.

Though out the event, MCCPA members manned the tent meeting new friends and members. There was also a lot of fun hanging out taking a break from the show.

Again this year, there were an unbelievable amount and variety of Mustangs.

There was also an active autocross track including ride along. 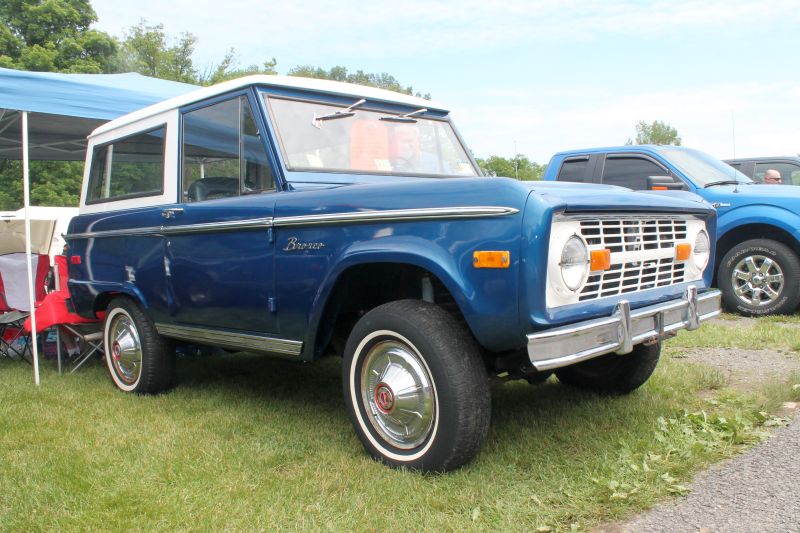 On Friday night several MCCPA met at the Iron Skillet for an impromptu Car show.

The Saturday midday cook out was the best ever, lots of food, members and of course Grillmasters Bob and Charlie. I am pretty sure we will need an even bigger tent next year!

Several MCCPA members Cruised into downtown Carlisle for a Parade.

The Award Winners present on Sunday were invited to do a Winner’s parade.

Some of the MCCPA 2015 Ford Nationals Winners

Congratulations to all the MCCPA winners!