On August 16th, American Muscle held their annual show at the Maple Grove Raceway. MCCPA had another strong showing with over 30 Mustangs participating. The group cruised from Harrisburg to Lancaster to Mohnton. The American Muscle show was huge with 2200 Mustangs pre-registered. The big news was MCCPA own Paul Bellis won 1st place in his class, 1999-2004. 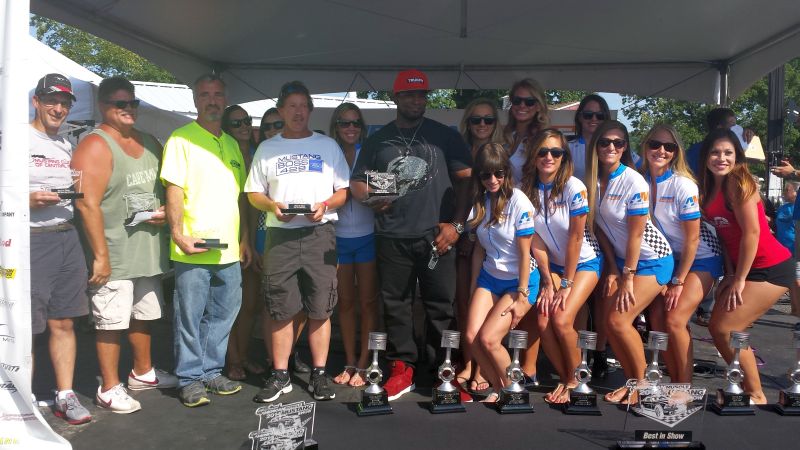 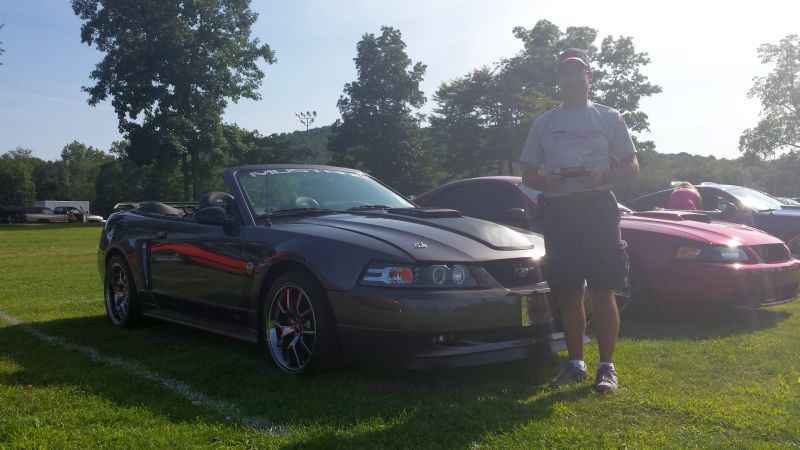 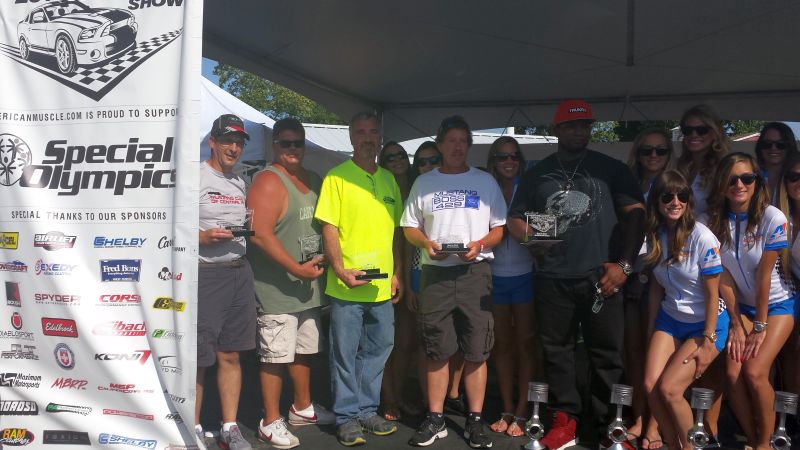 Paul Bellis won 1st place in his class, Paul is at the far left of the picture. 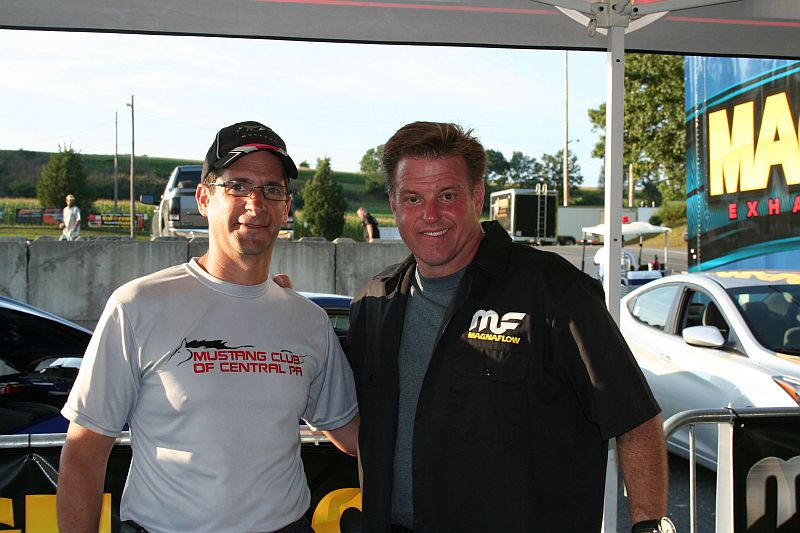 Paul Bellis and Chip Foose, Chip is on the right and did not win 1st place in his class. 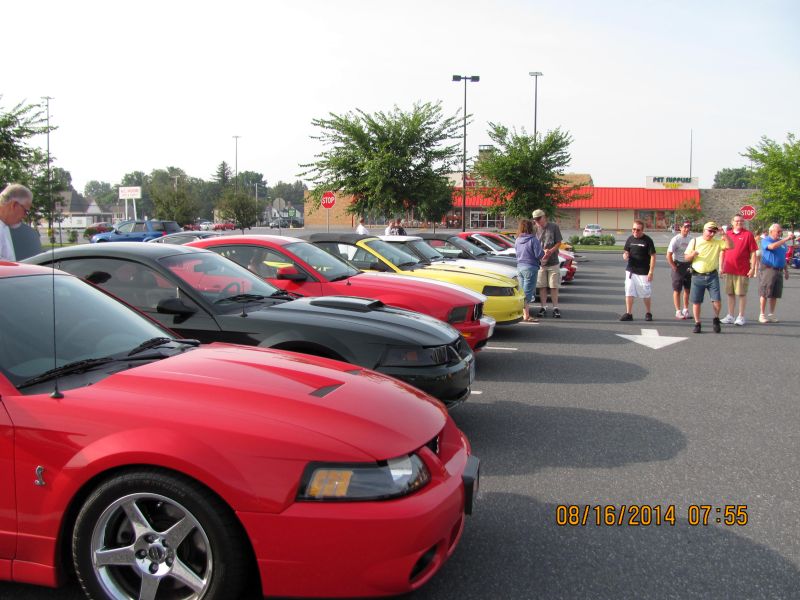 Meeting up at the Giant in Lititz 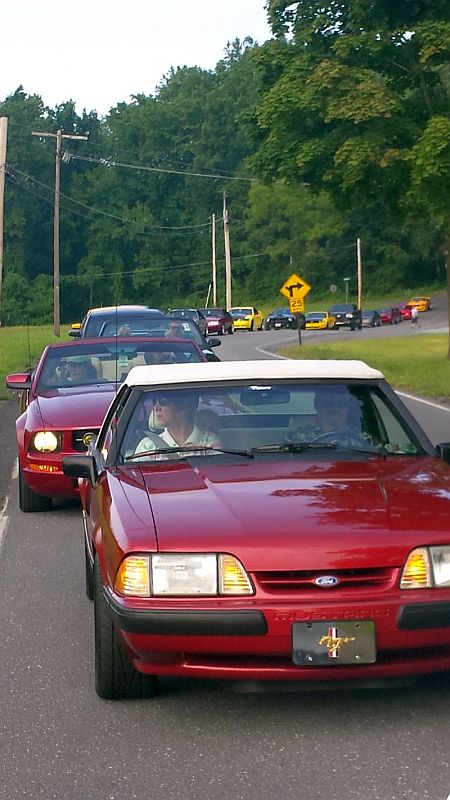 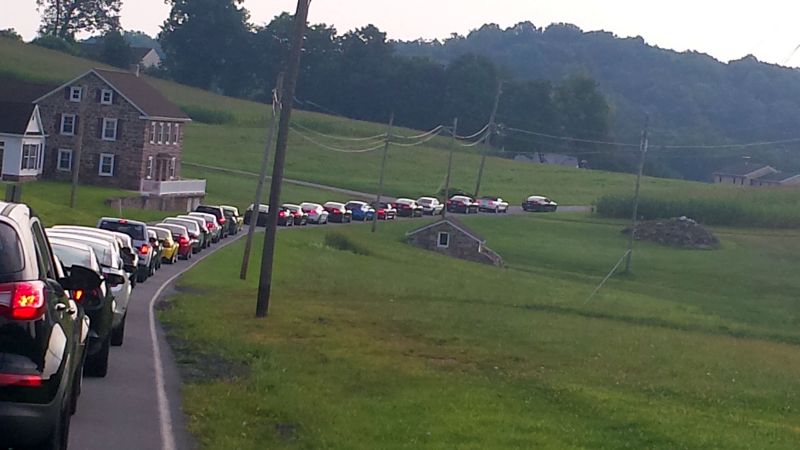 In the chaos of getting into Maple Grove, some the club was scattered,
but we did find each other and set up camp. 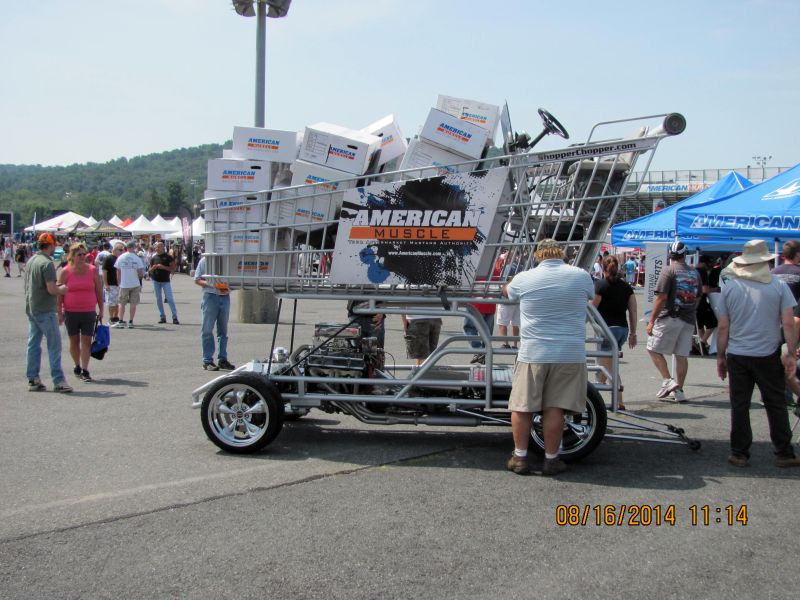 The shopping carts were just the right size! 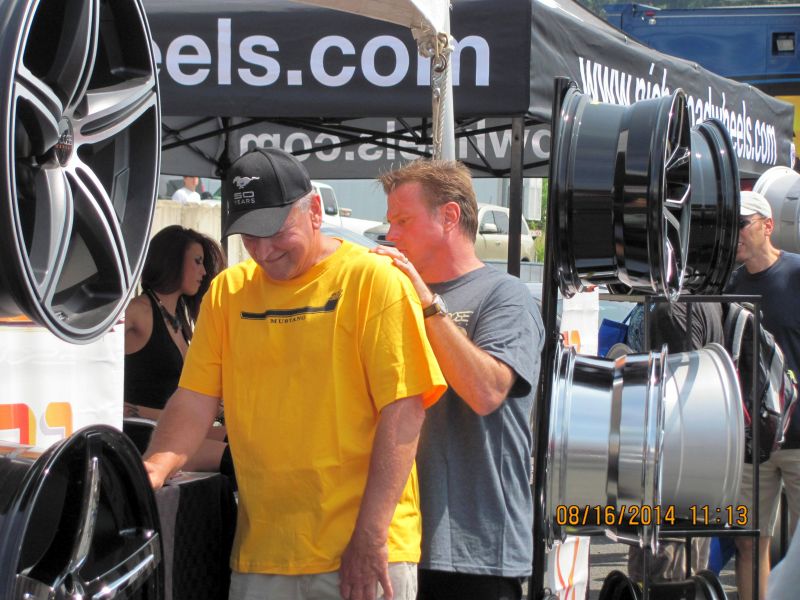 Signed by Chip Foose, very cool. Although now he can not bath... 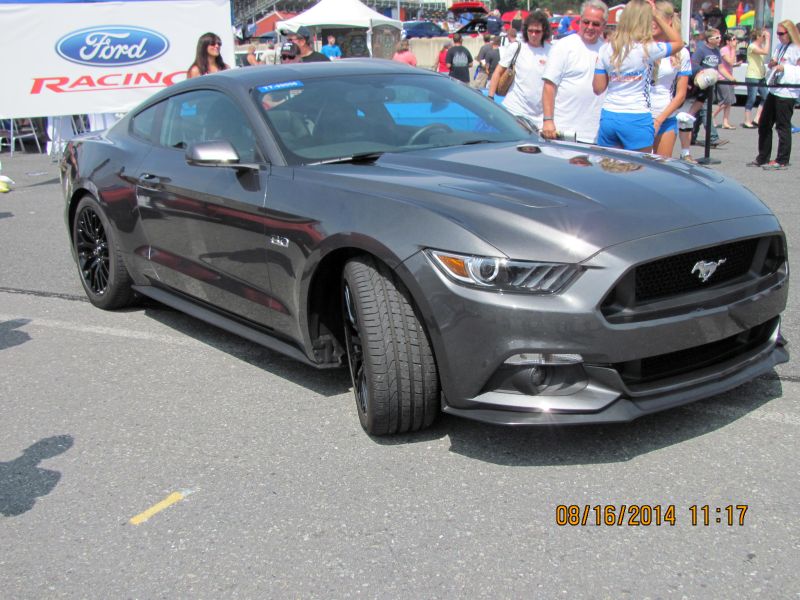 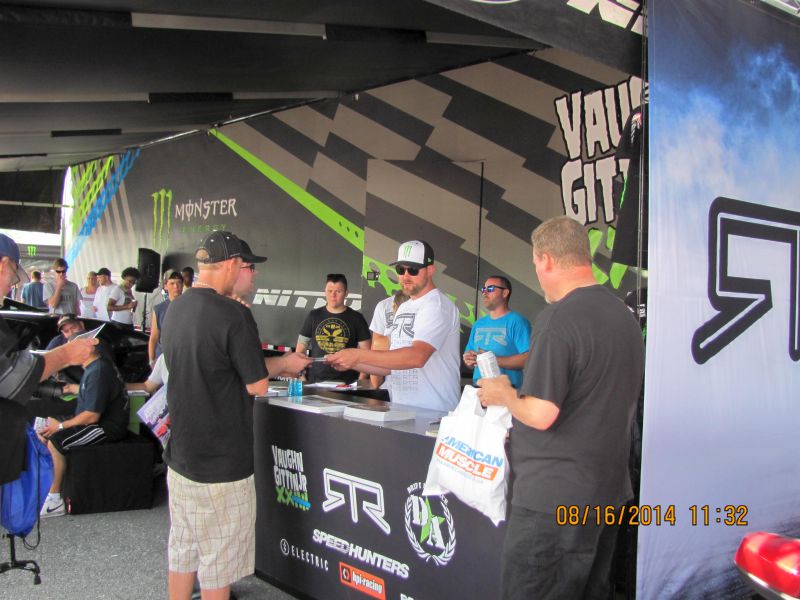 Vaughn Gitten Jr, was also on hand.
Vaughn latter stopped by and signed our MCCPA banner. 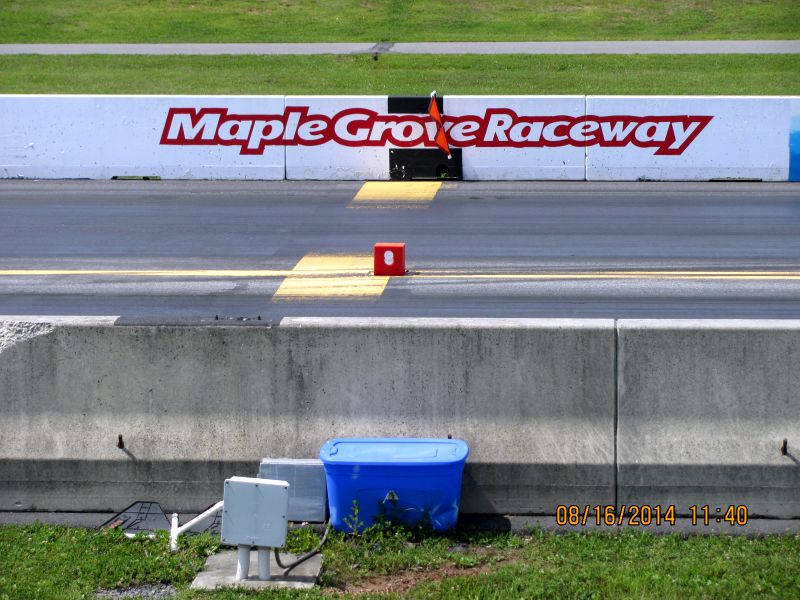 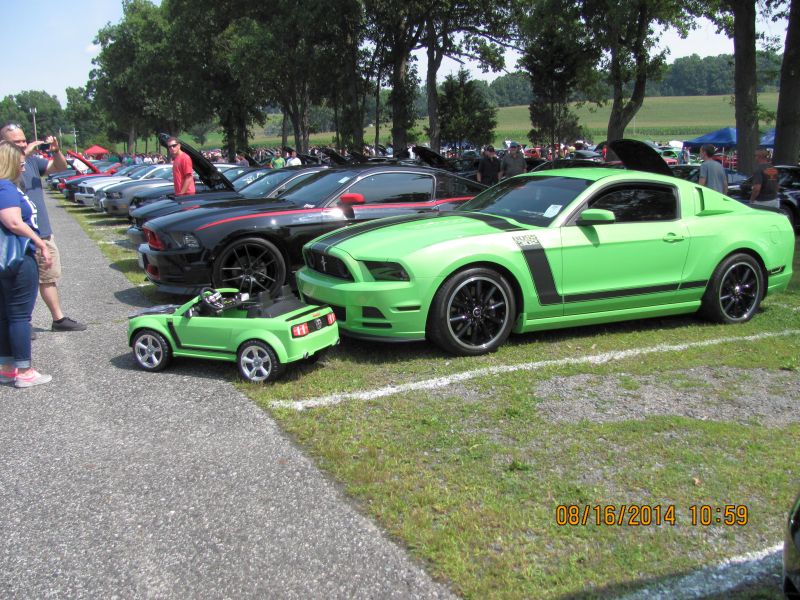