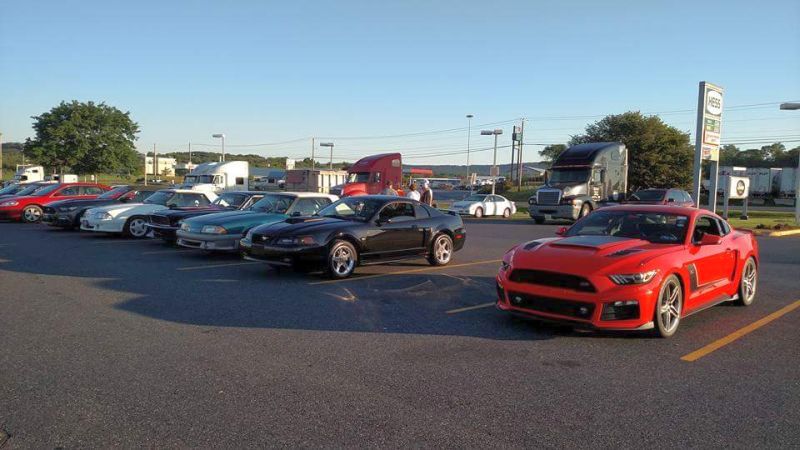 The cruise started with 6 Mustangs leaving Perkins in Harrisburg. We picked up one more at WaWa in Hamburg, and six more met us at the show. A new member signed up at the show, so that made 14 total club Mustangs. 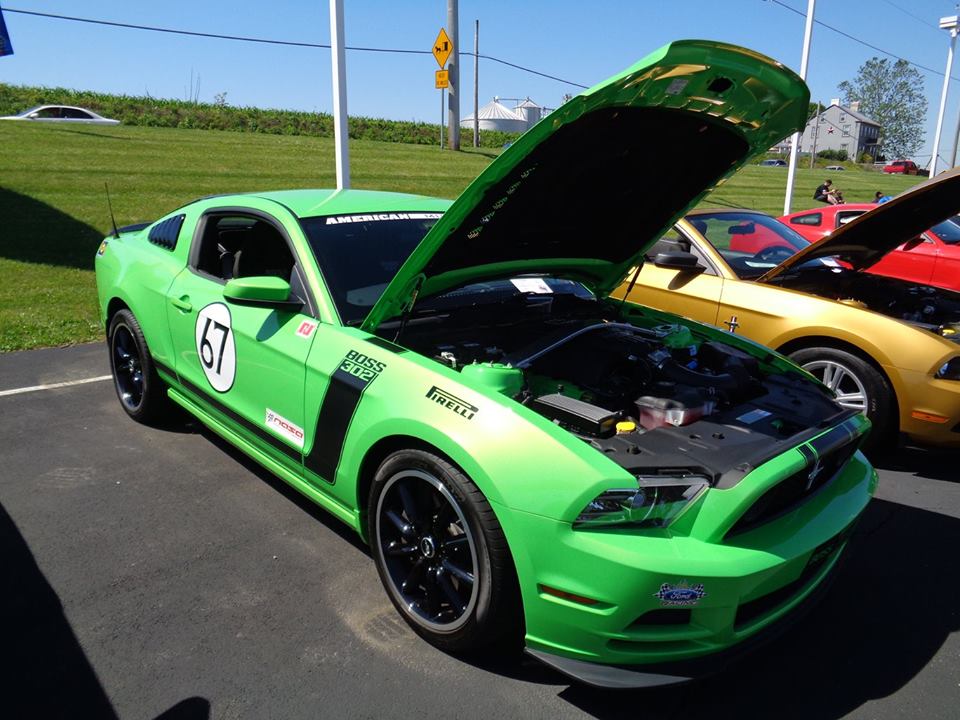 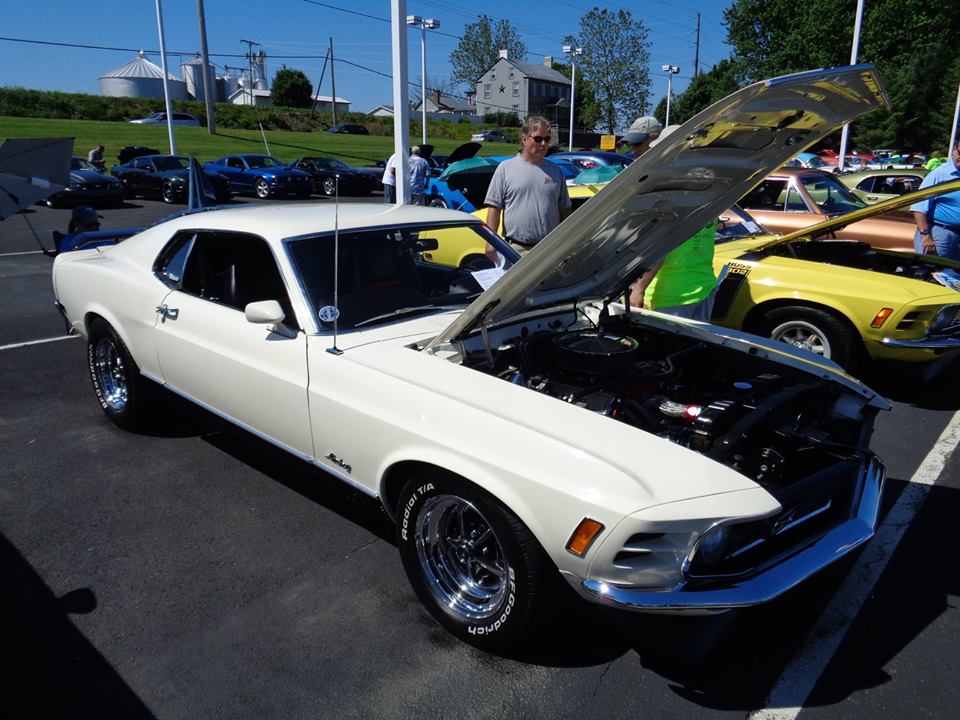 It was perfect car show weather, and we had two tents up for shade. 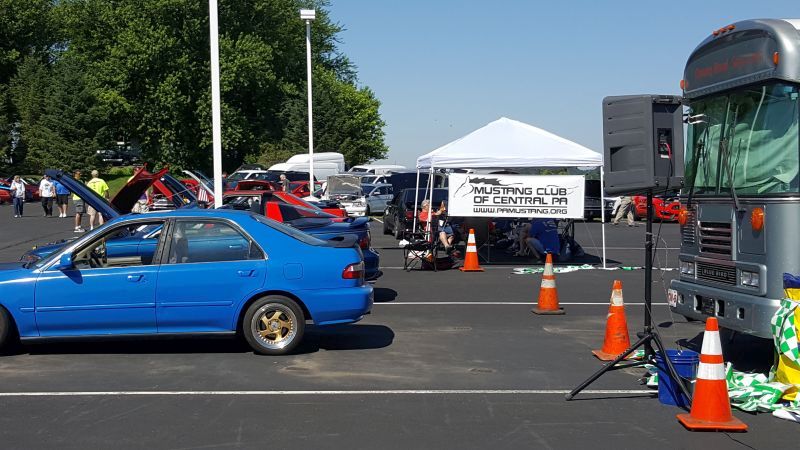