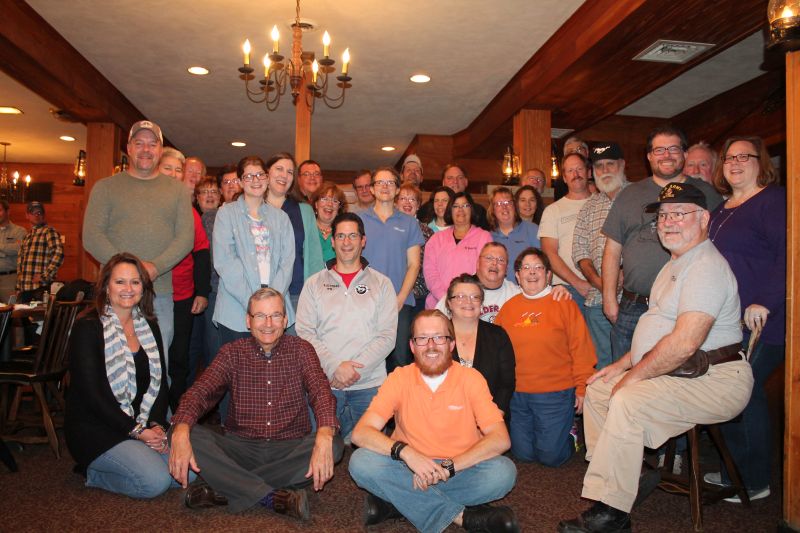 On Saturday, November 15 MCCPA held the annual Banquet. The Banquet is also the final meeting of the 2015 year. The day began with several members taking a steam train ride on the Strasburg Rail Road. They meet more MCCPA members across the street for a tour the Railroad Museum of PA. Then all went to Plain and Fancy Farm for a great meal and the final meeting. The meeting activities included presenting our donation to Leg Up Farm, presenting our scholarship recipient with his check, presenting the members who attended 75% of the regular meetings with gift cards, and electing the board of officers for next year. 2105 was quite a year! 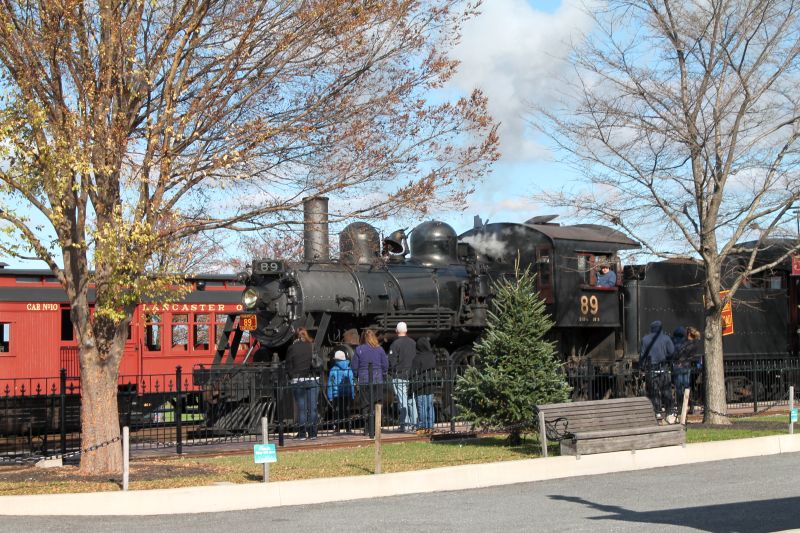 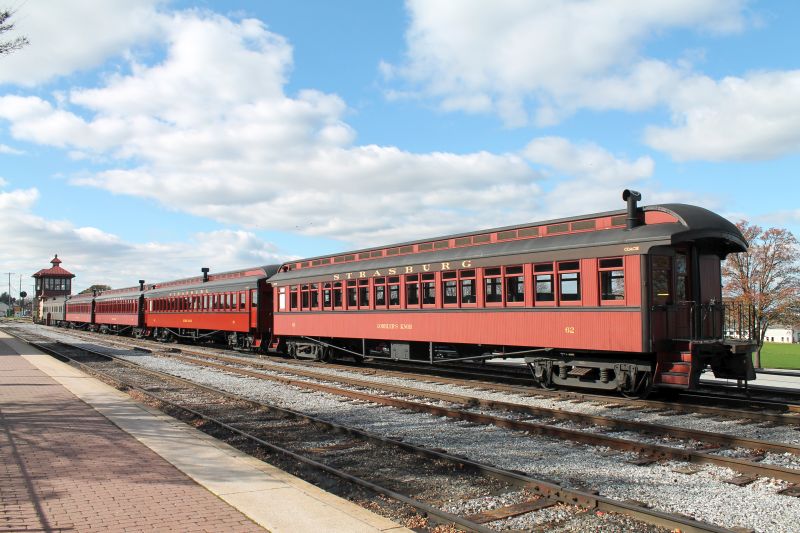 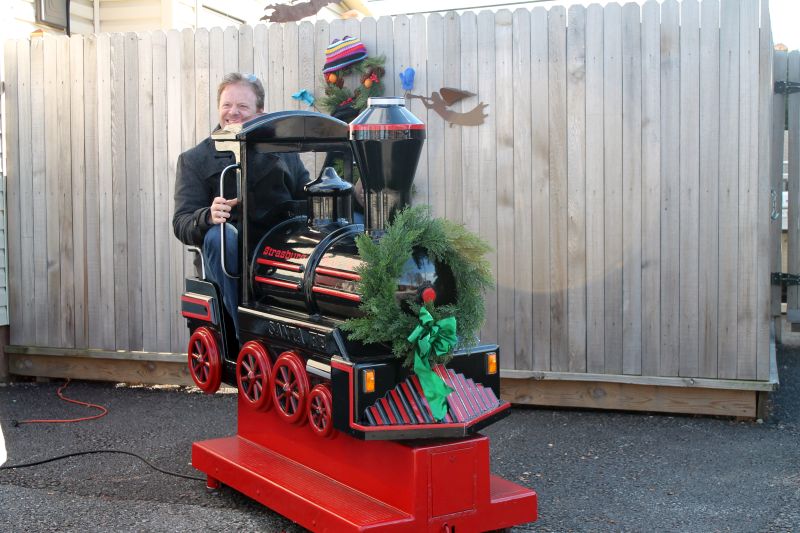 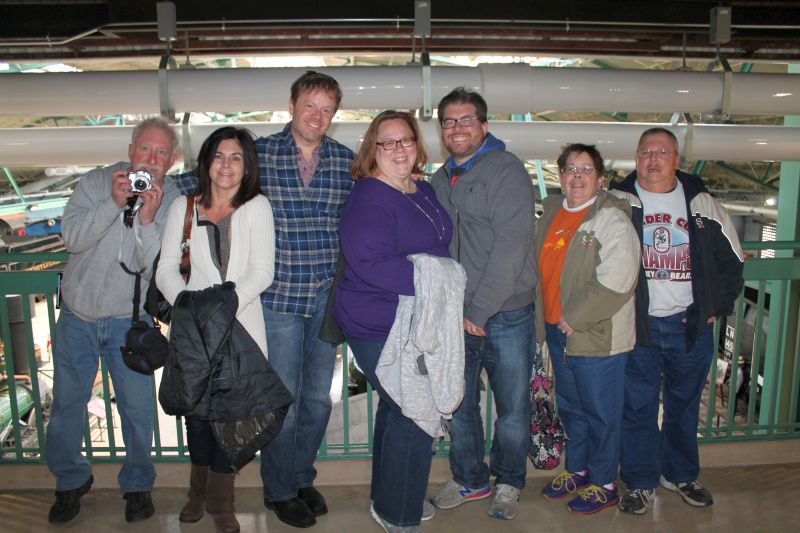 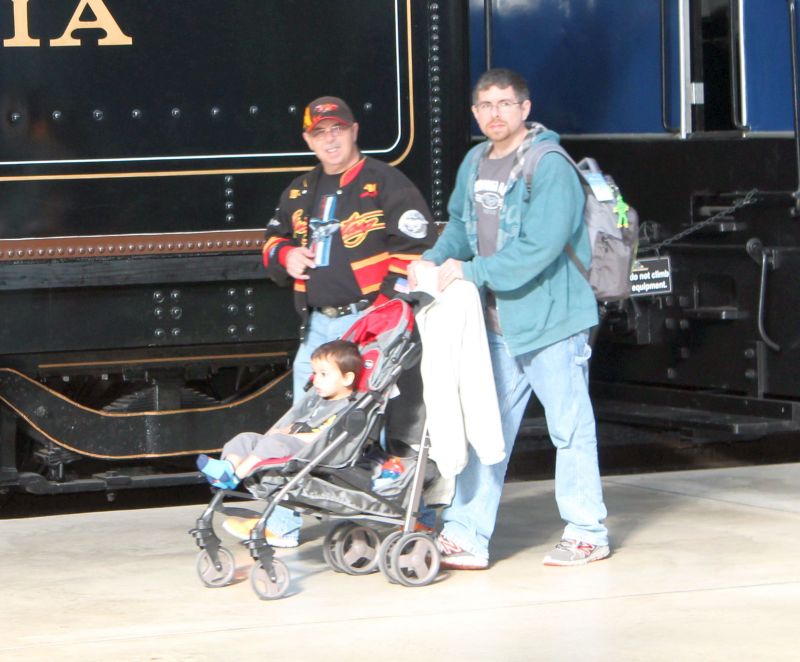 A ride in a Mustang, a Steam Train and seeing lots of Trains in the museum, Barry knows how to be Grandpa of the year. 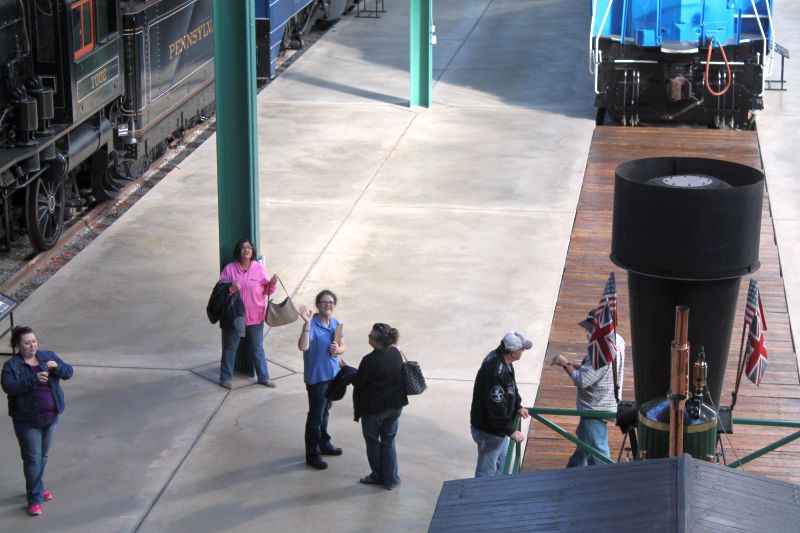 This may be King's Cross Station Platform 9¾. 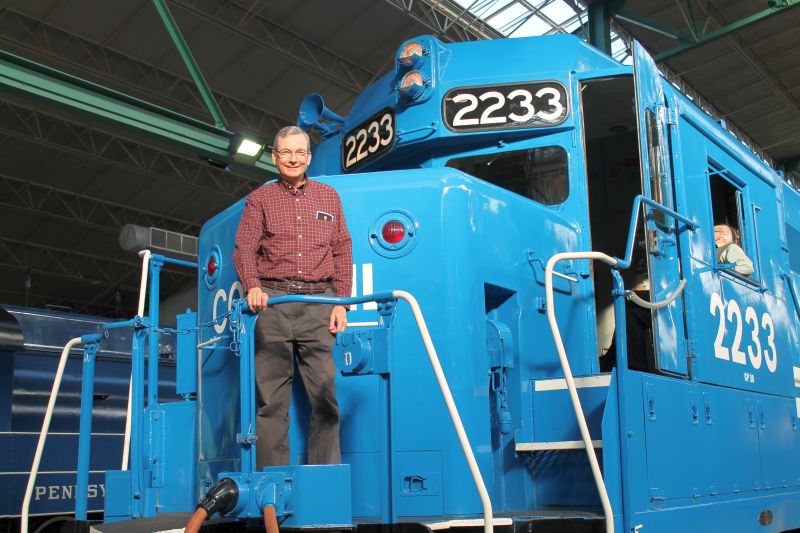 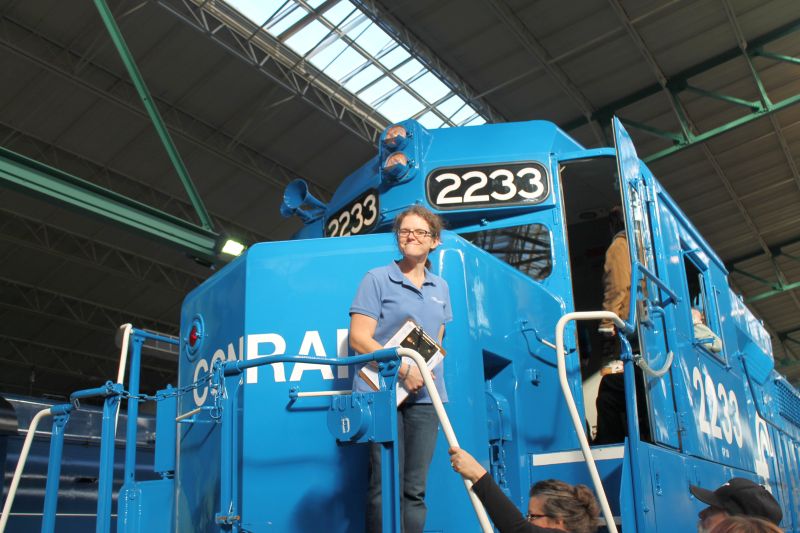 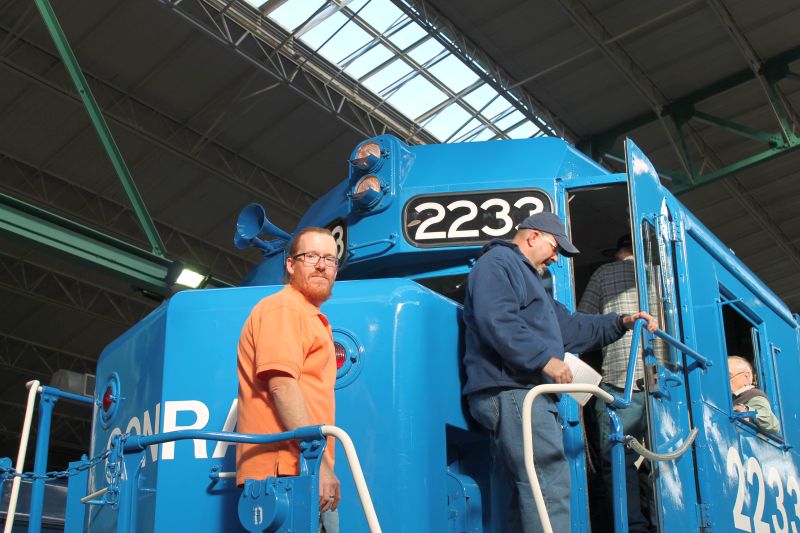 Pres Charlie sneaking into the train. 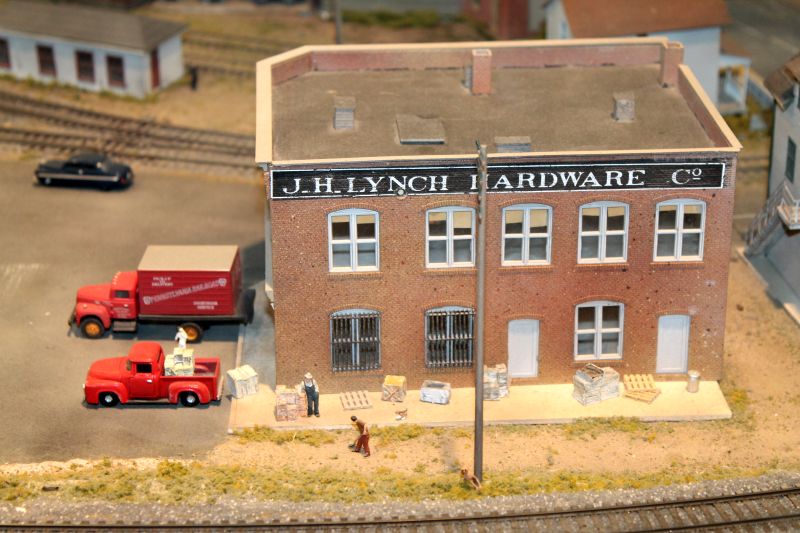 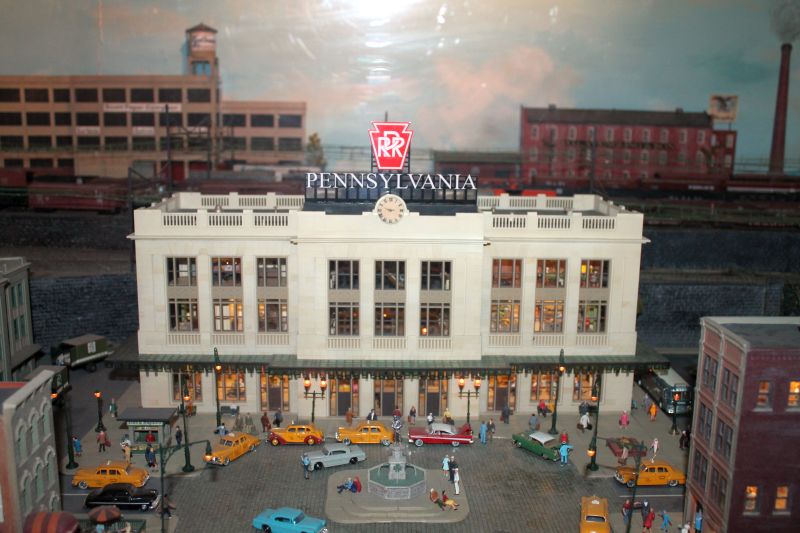 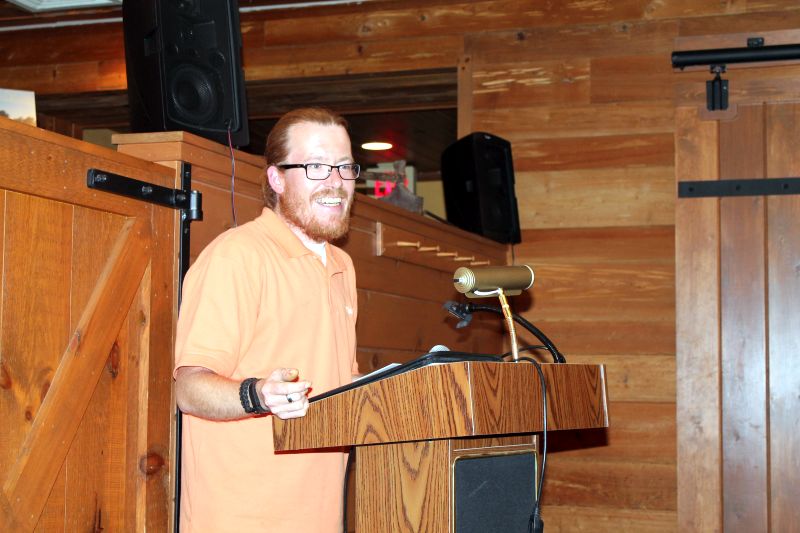 President Charlie opens the meeting. All the present officers were re-elected for another term. 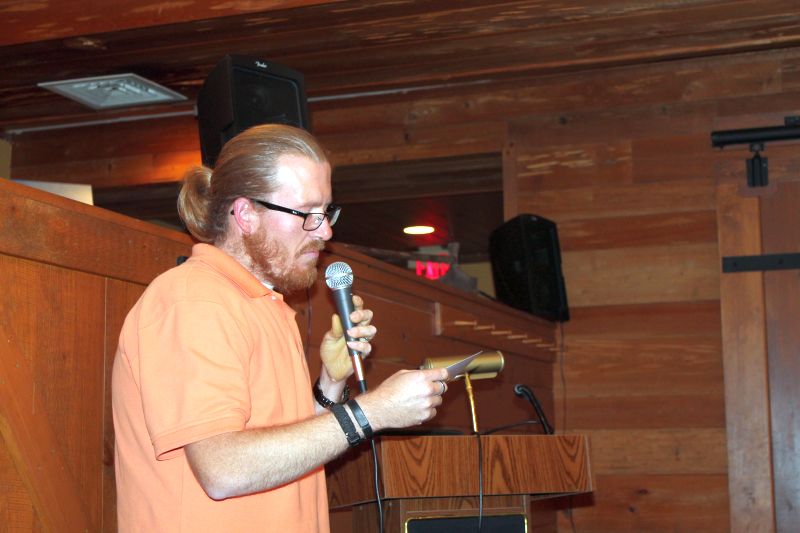 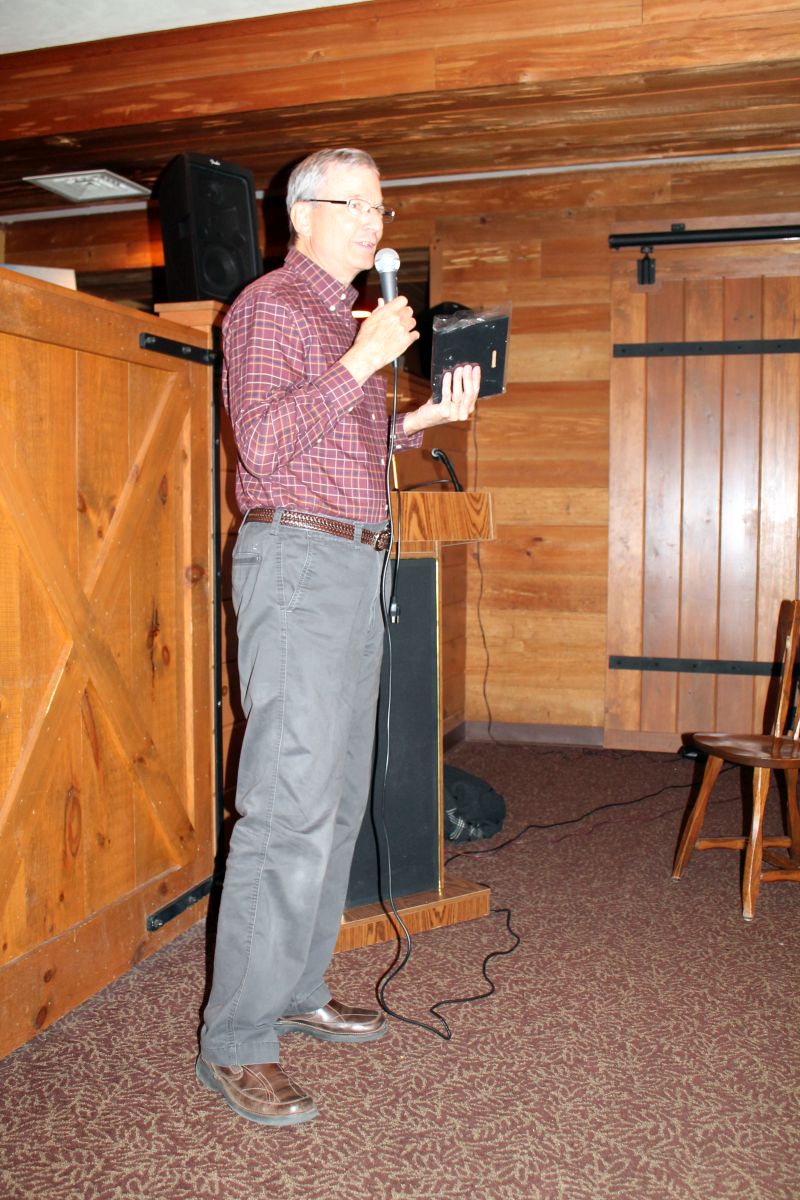 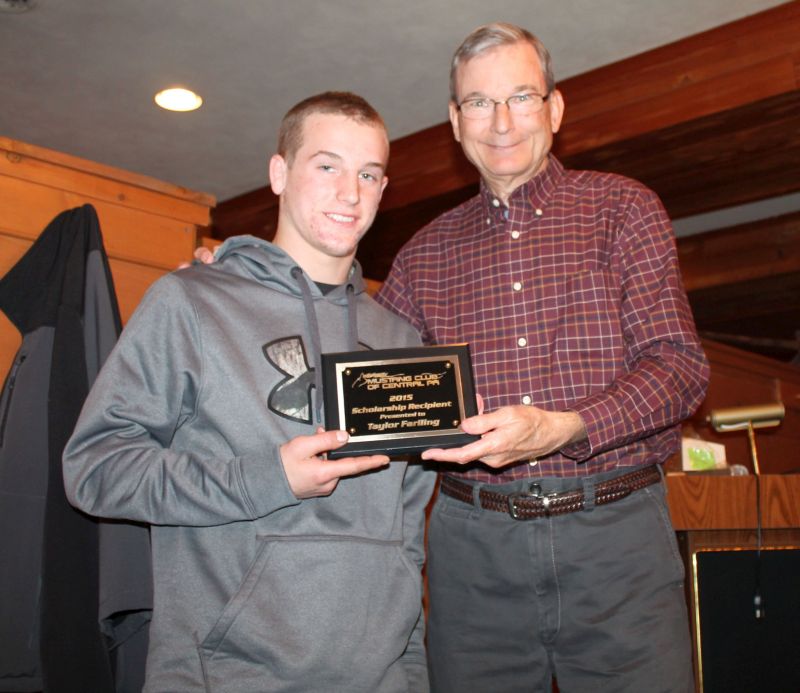 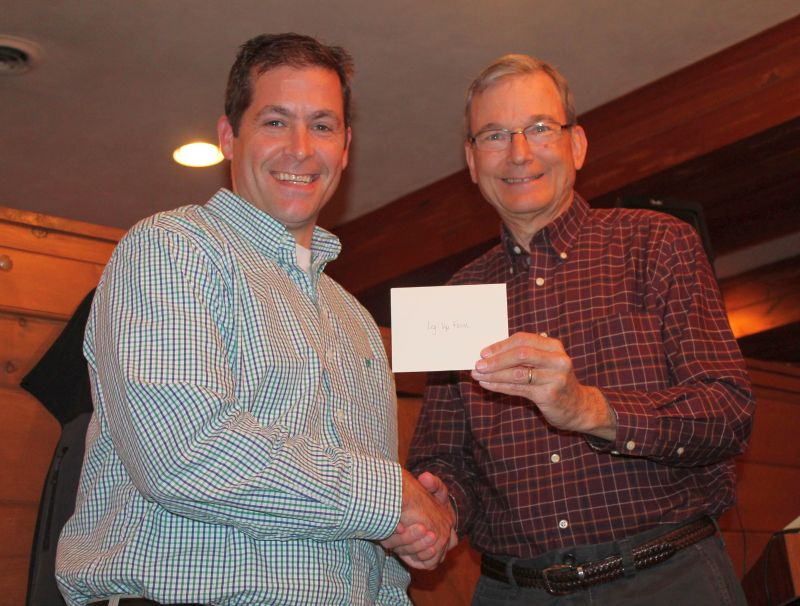 Club Secretary Bill presents Tom O'Connor, Executive Director of Leg Up Farms, a check for $2019. That makes a yearly donation of $2670. 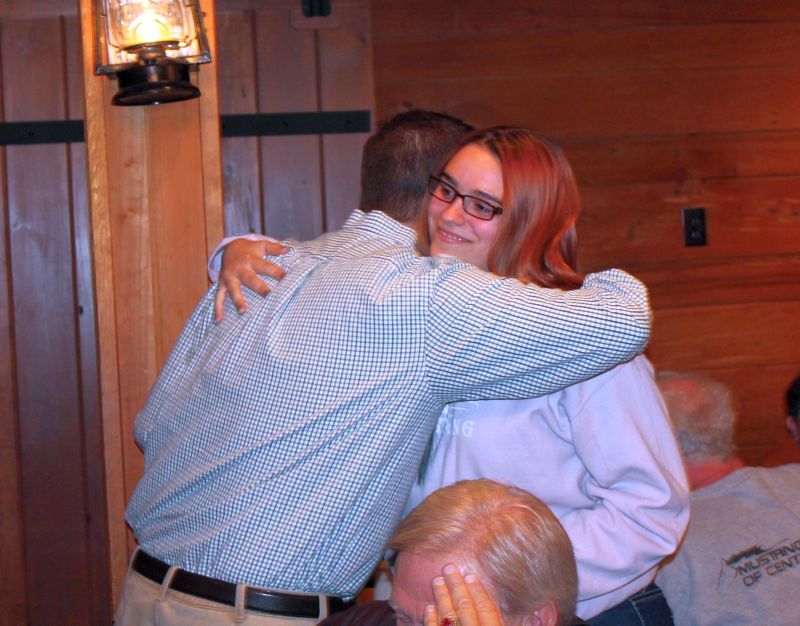 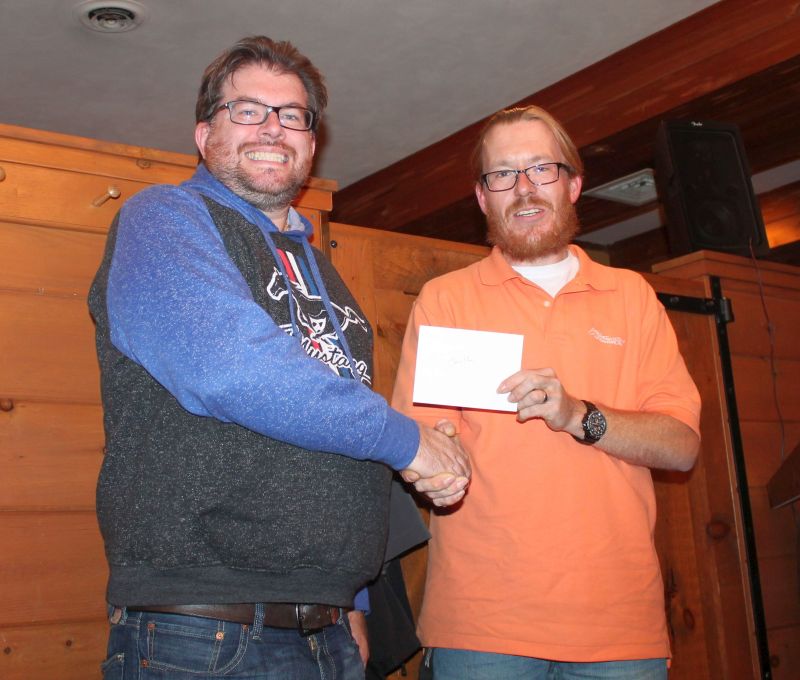 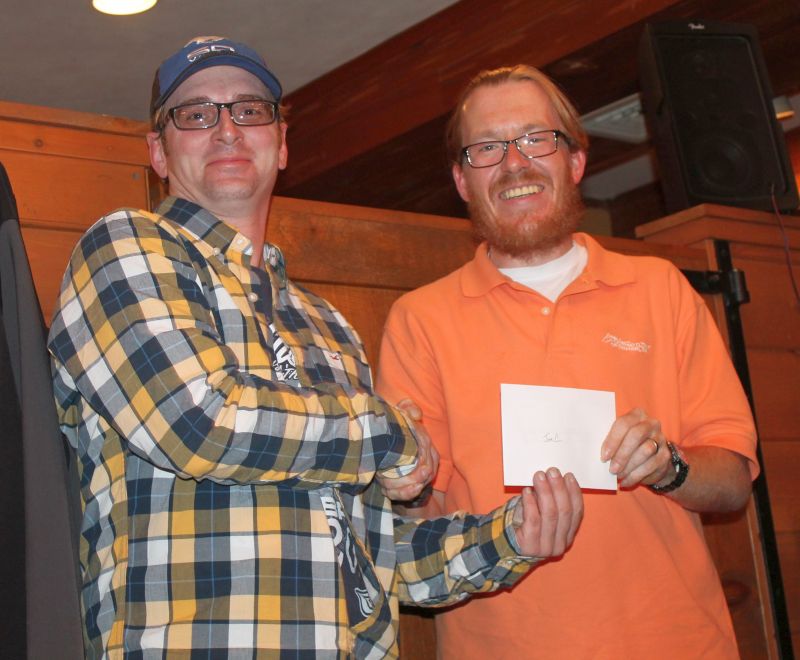 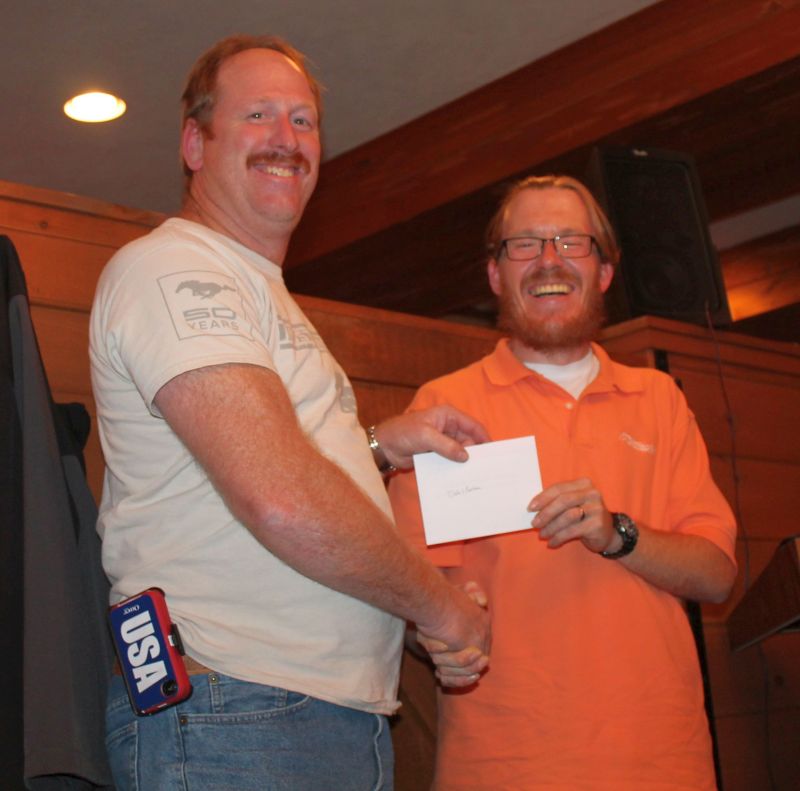 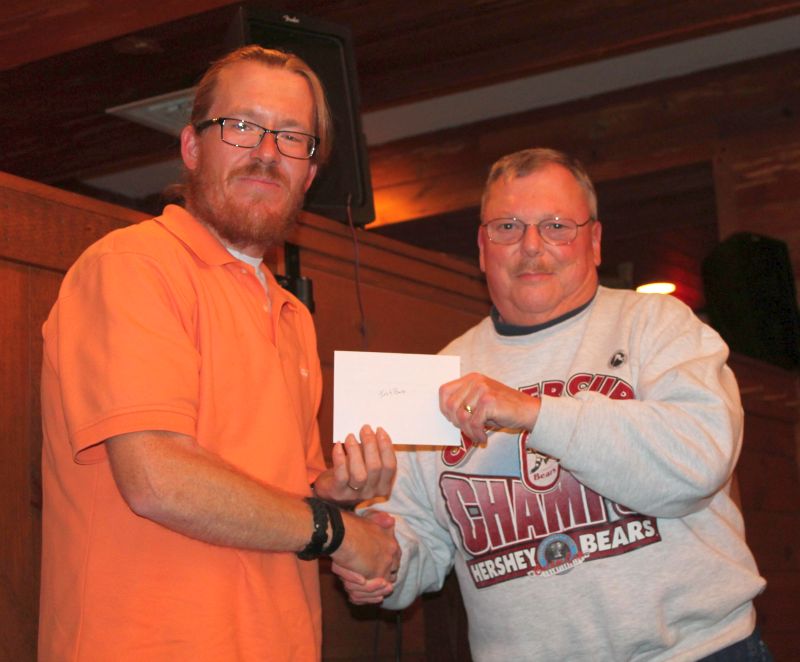 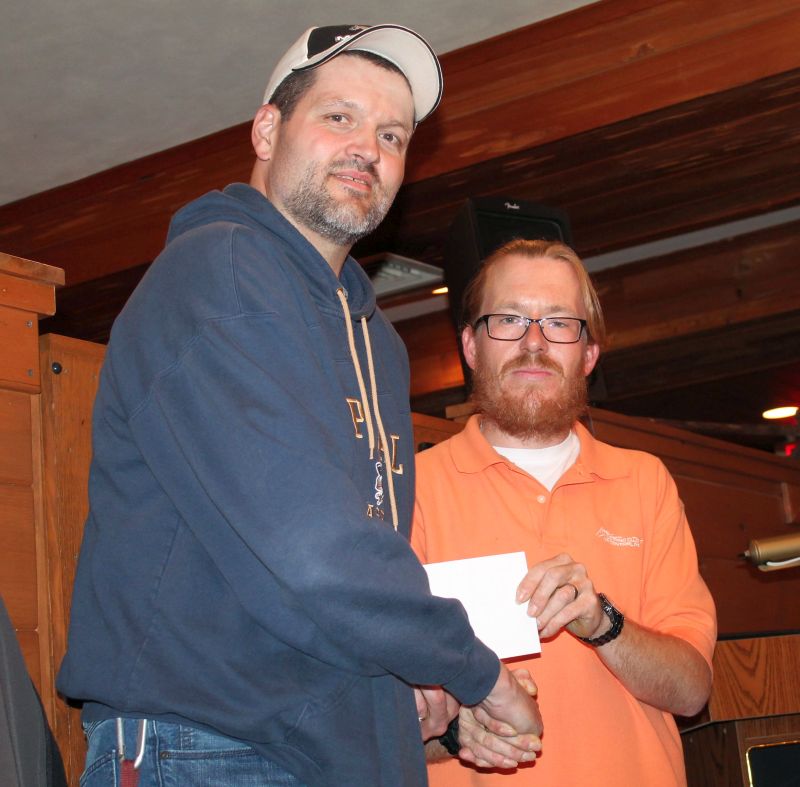 MCCPA members that won a gift card for high meeting attendance, Chris and Jen, Joe and Kayla, Dale and Carlene, Ira and Barb, and Joe. (Not pictured are Terry, Cheryl, and Ray and Peg). 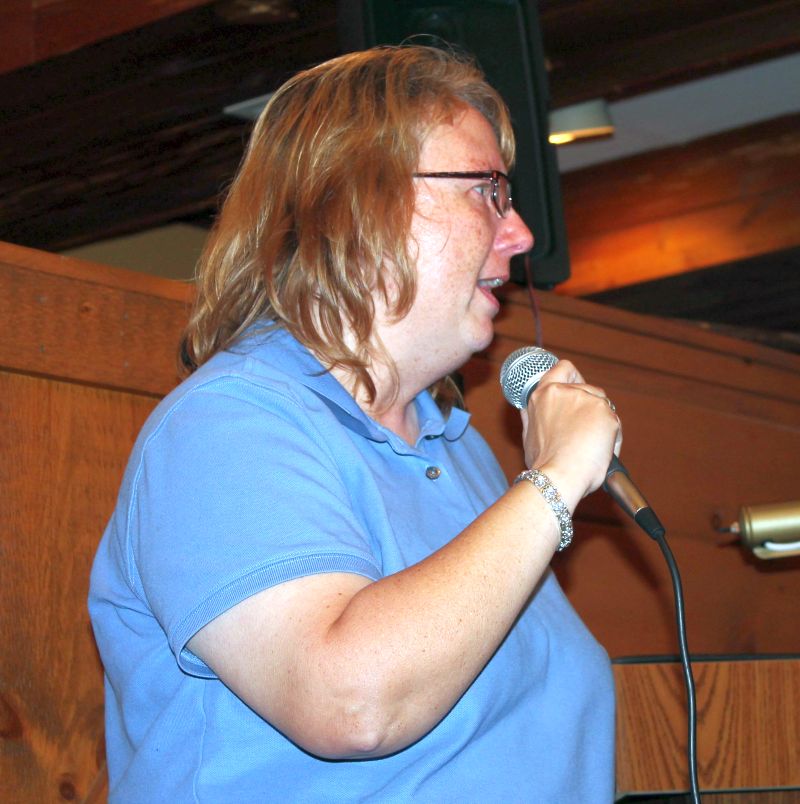 Long Time MCCPA member Carlene said that she and Dale have watched the club grown, and she's so thankful for all the friendships she's gained from it, and that she appreciates everyone. That pretty much nails what the club is about.